Camp Fletcher was conceived in 1926 by Pauline Bray Fletcher as an “outdoor camp in the forest, where the air is clean, pure and filled with oxygen and ozone” where youth could strengthen their bodies against tuberculosis and polio. Camp Fire USA acquired the camp in 2002 with the goal of redeveloping the camp to teach kids leadership skills through outdoor experiences and environmental stewardship. Design Initiative was engaged in October 2007 to develop a prototypical cabin and a cluster arrangement of six. The Owner asked for a functional multi-season cabin, embodying the mission of Camp Fire USA, capable of sleeping twelve 6-7 year old campers and two councilors.

Our process began with an evaluation of the 283-acre property, Shades Creek and its flood plain and the existing camp. Site assets and liabilities were identified; current patterns of use, walking distances, likely building sites and a future lake were analyzed to guide the placement of the cabin cluster and future camp projects. Close attention was paid to spacing the cluster from other camp projects to maintain the sense of being in the woods. Orientation of the cabins with the topography and providing access to views informed the cluster layout. The arrangement was also influenced by the idea of shaping space between the cabins to nurture camper interaction. A large central space serves as the primary circulation path and contains an amphitheater carved from the sloping terrain. Smaller spaces, dedicated to each cabin, have a fire ring and are used for more intimate gatherings. A covered porch, which transitions from exterior to interior, offers a place for gathering during inclement weather.

The cabins were designed to be a livable teaching tool. Each cabin is organized around a large open sleeping bay with two staff sleeping quarters, a staff toilet and a communal bathroom. The envelopes are screened with operable glazing to harvest daylight and cross-ventilation. They are simple, structurally expressive wood framed gable forms supported by posts set in the ground plane. This minimizes the impact on the site, preserves the forest canopy, and encourages reabsorption of storm water. High efficiency mechanical systems conserve energy and composting toilets reduce the demands on the septic system. Each cabin features a cistern serving a rain garden celebrating the connection between the architecture and site. 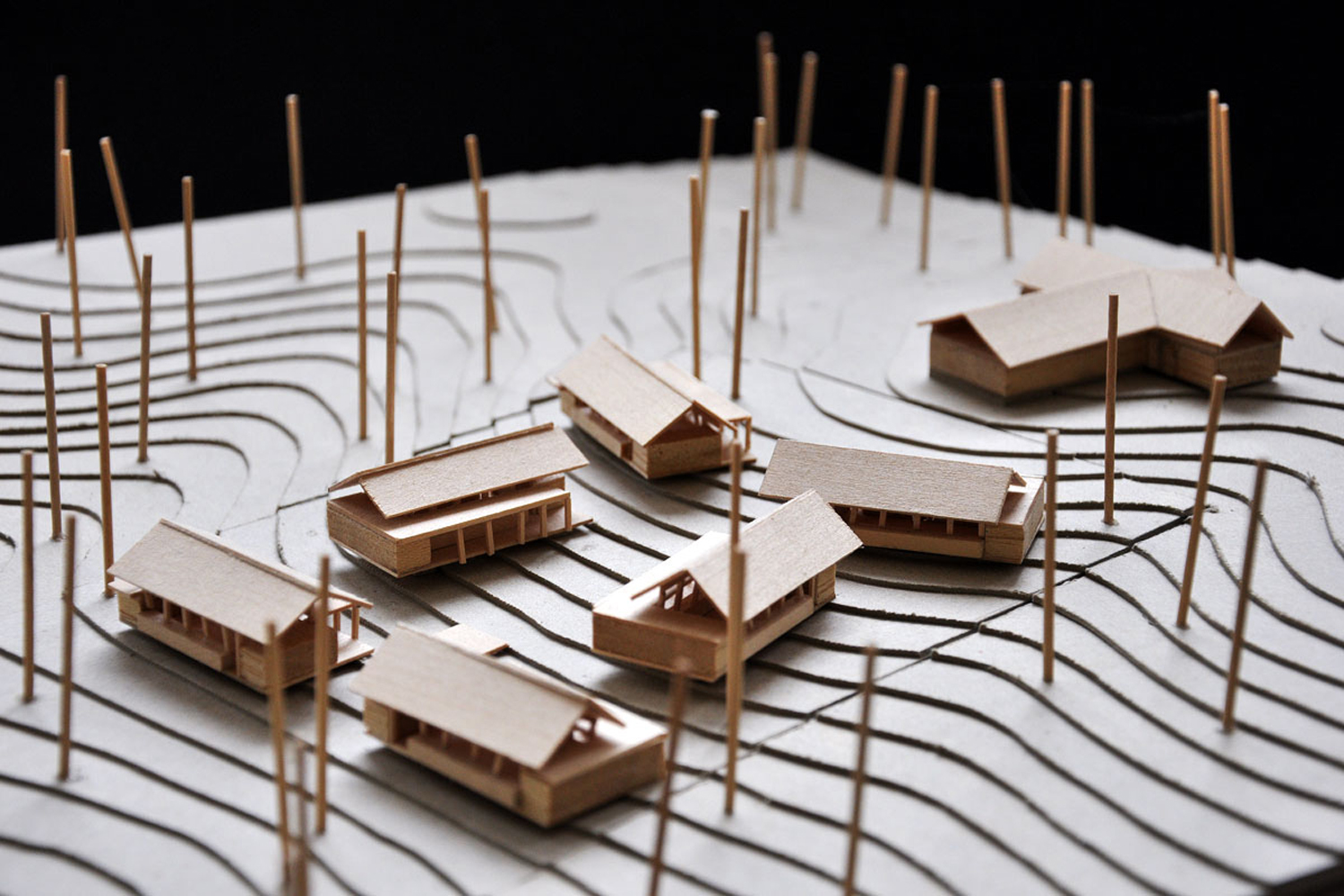 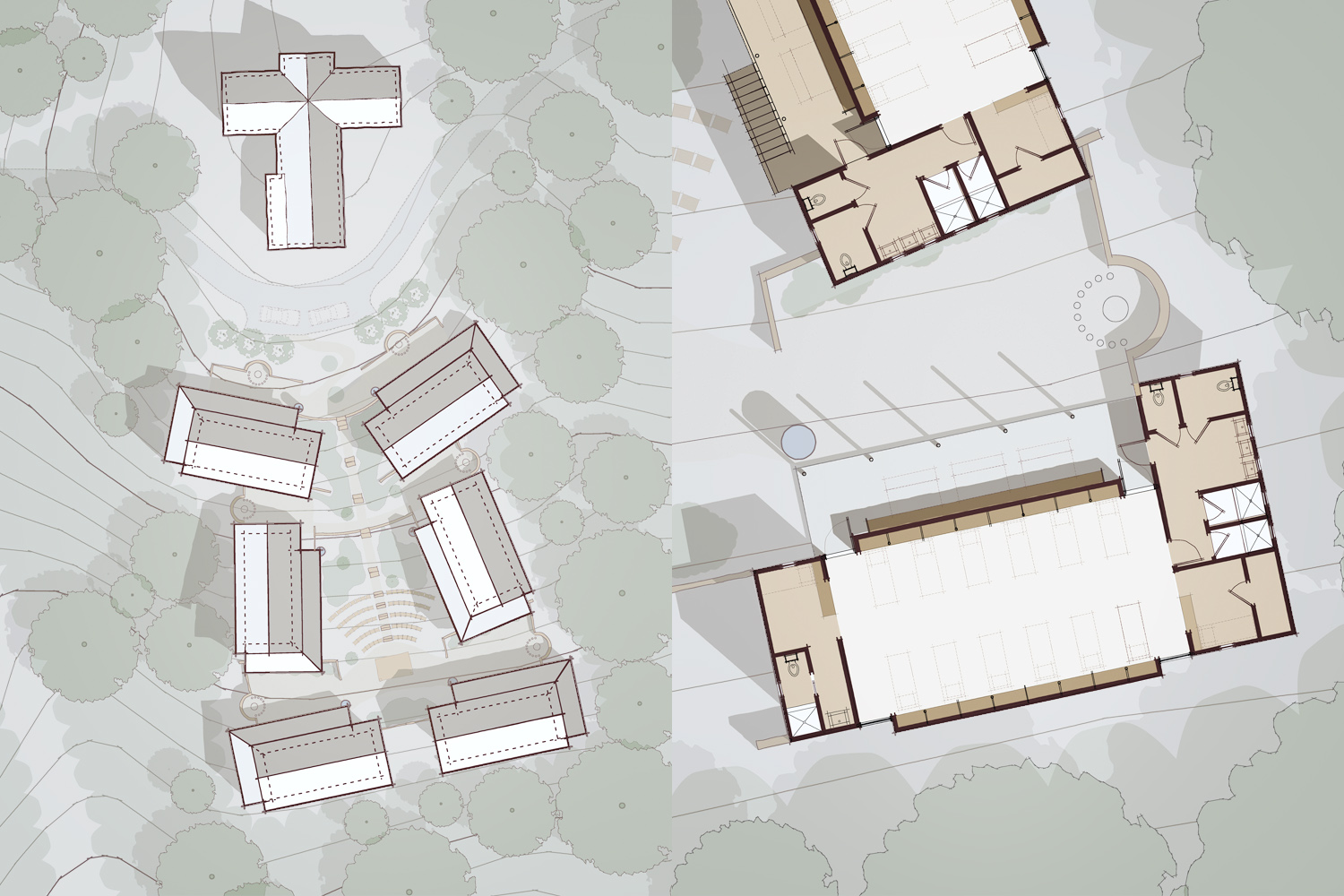 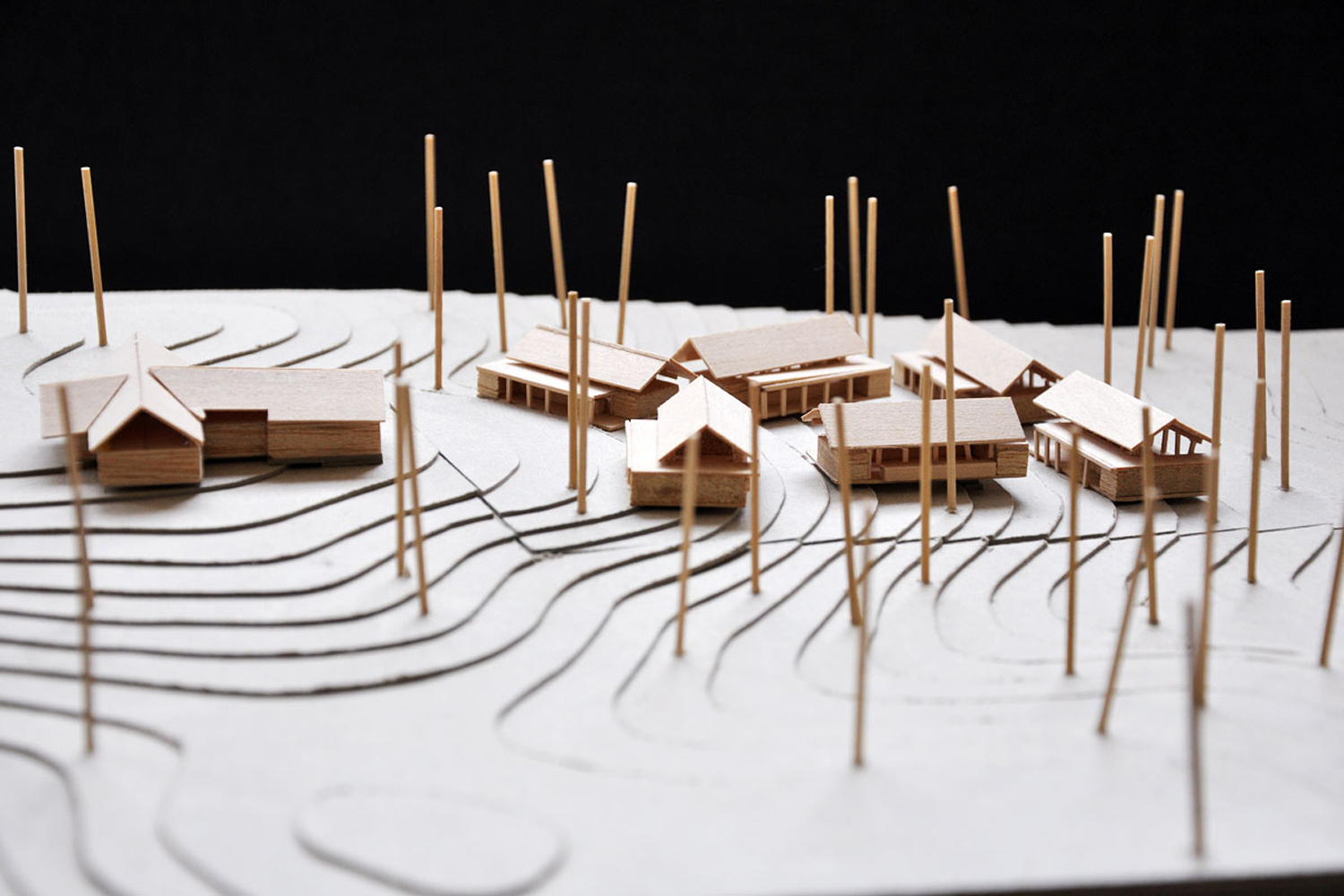 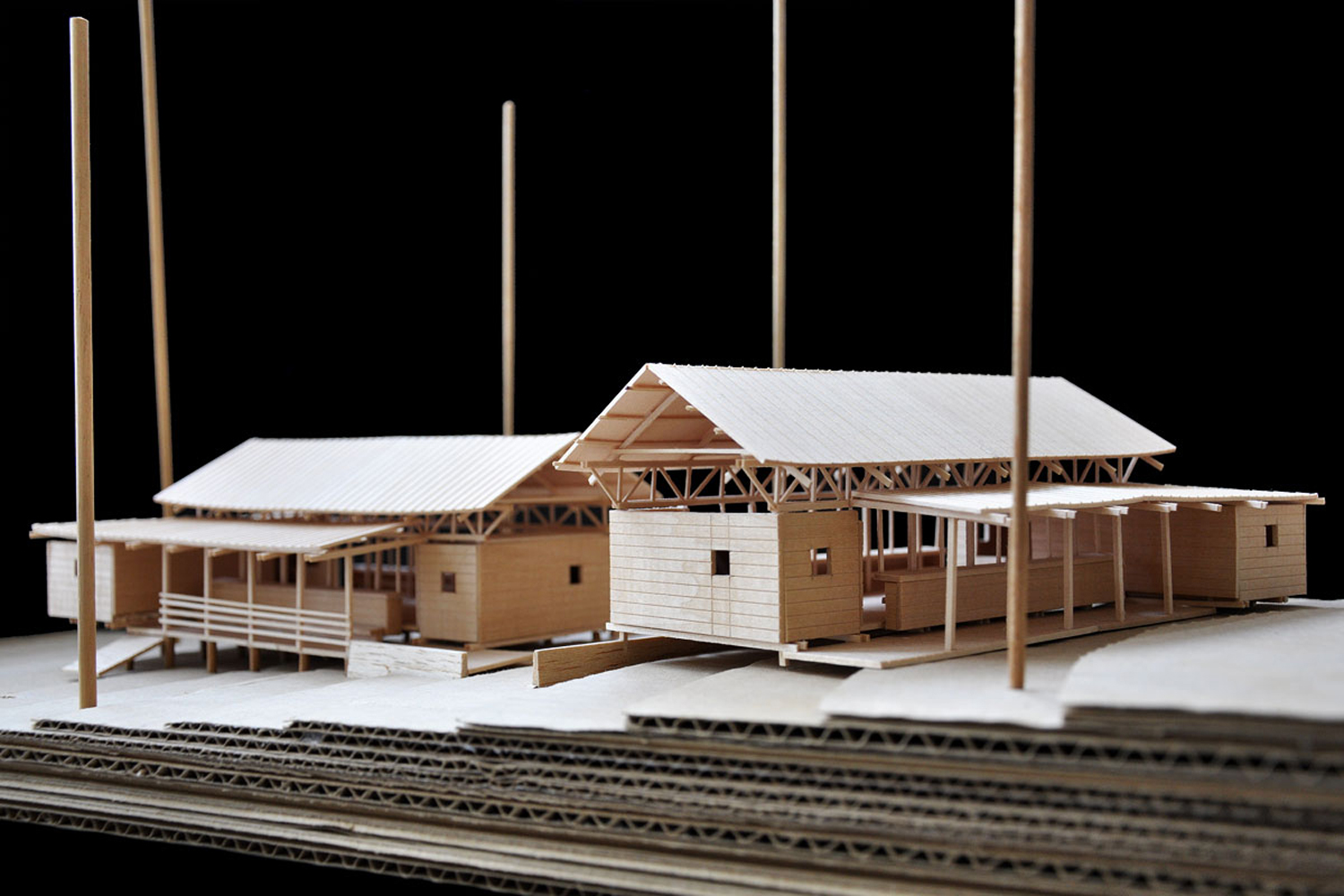 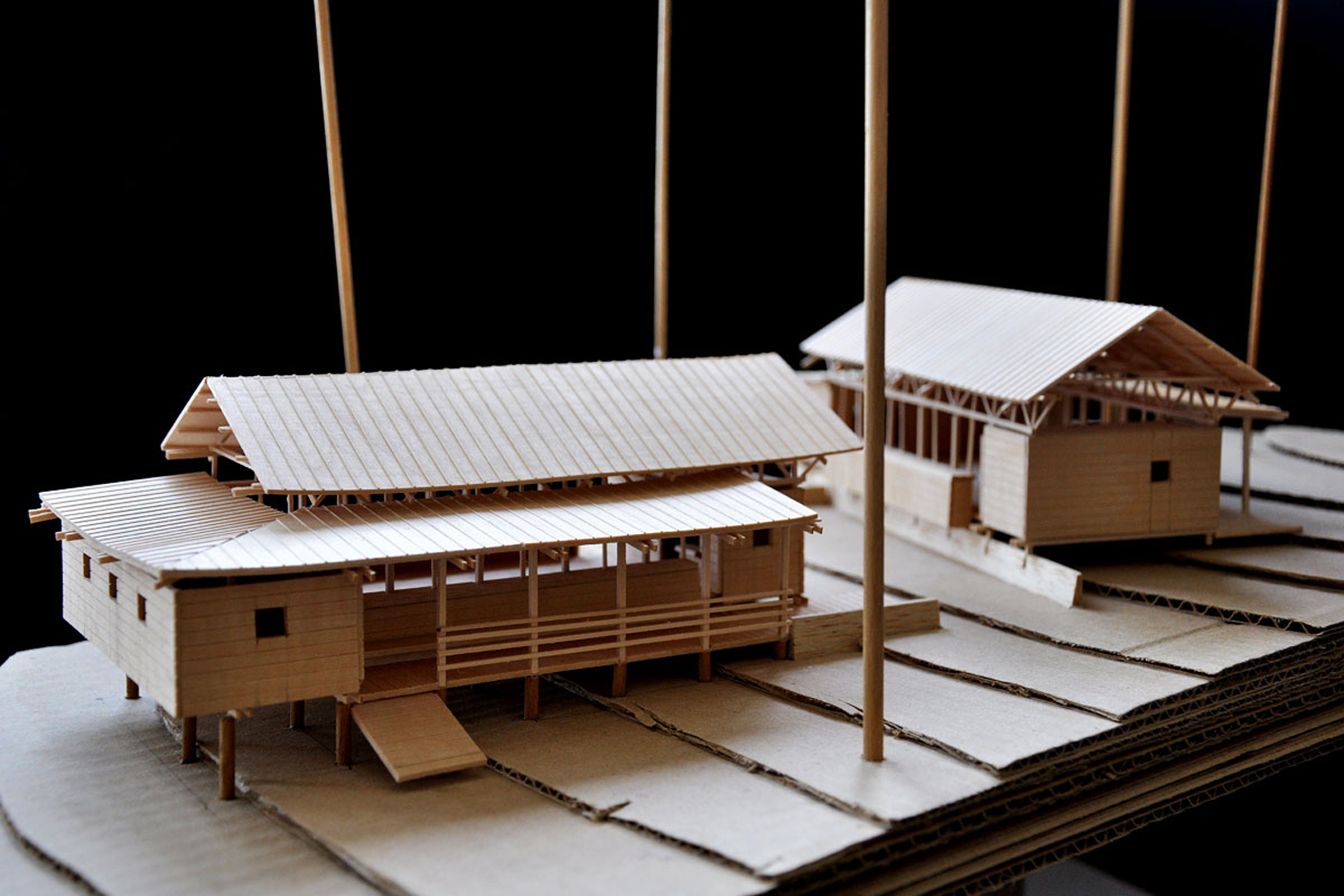 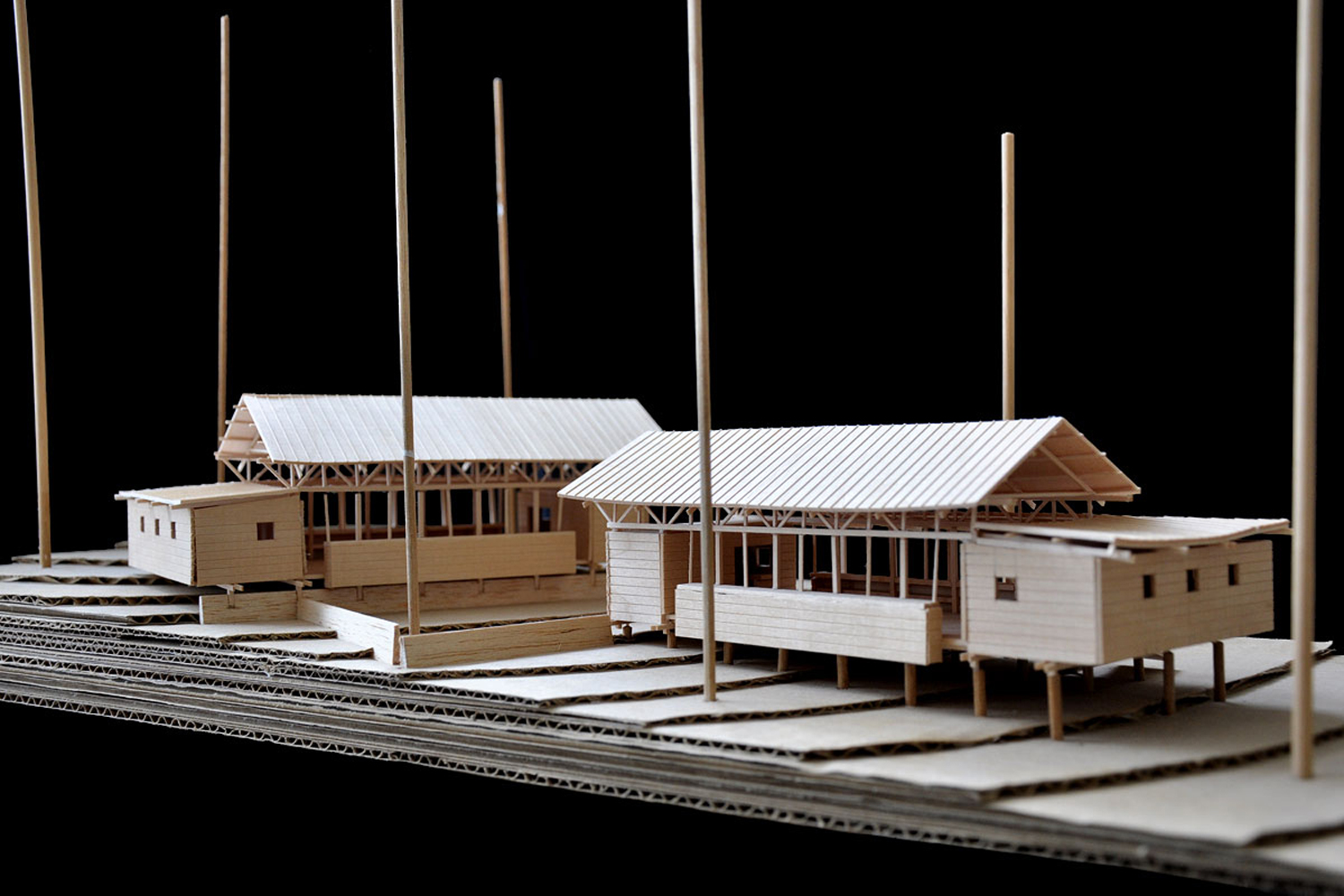 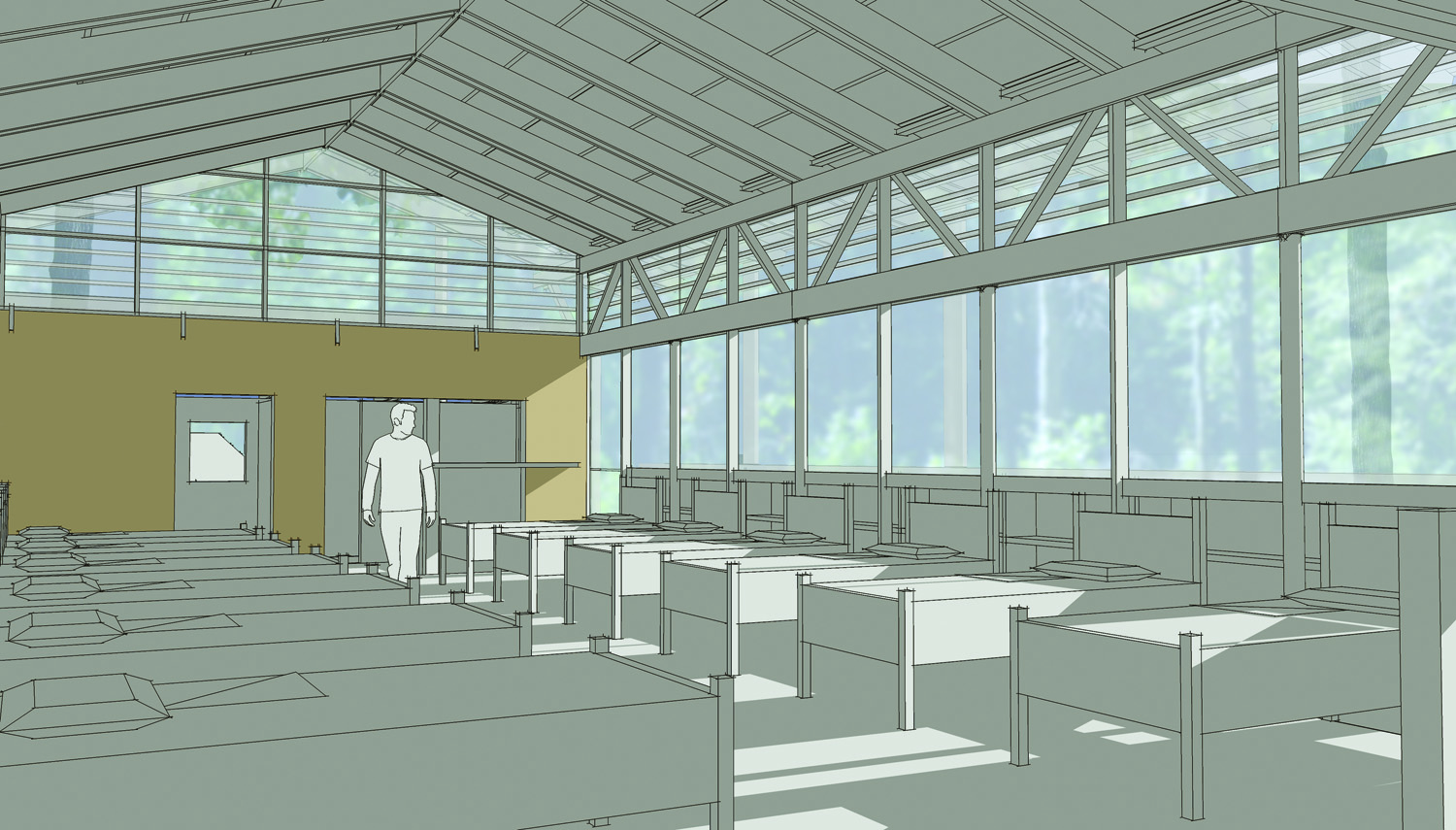