Design Initiative began work on this 75,000 square foot 3 story building in 2012. Located in Mountain Brook on the west side of Office Park overlooking Highway 280, the existing structure built circa 1960 is a uniquely shaped structure created by 4 cylindrical “pods” enclosing a circular central lobby and stair. The Office Park development was created by Ervin Jackson and Newman Waters in 1955 and is historically significant because it ushered in a new way of providing leasable office space outside of Birmingham’s urban center. This development model of office space with ample parking and green space would later be extensively copied throughout the United States.

The first phase of work involved stabilizing the exterior envelope, renovating the main lobby, and rebranding the building. Design Initiative prepared solutions for addressing the deteriorating façade, window systems, and roofing then worked with the Owner’s contractor through implementation. Collaborating with the Owner’s graphic design team, we helped create the new branding for the building and signage standards. In addition, preparation of a landscape strategy and maintenance program for the building grounds was also part of the work. 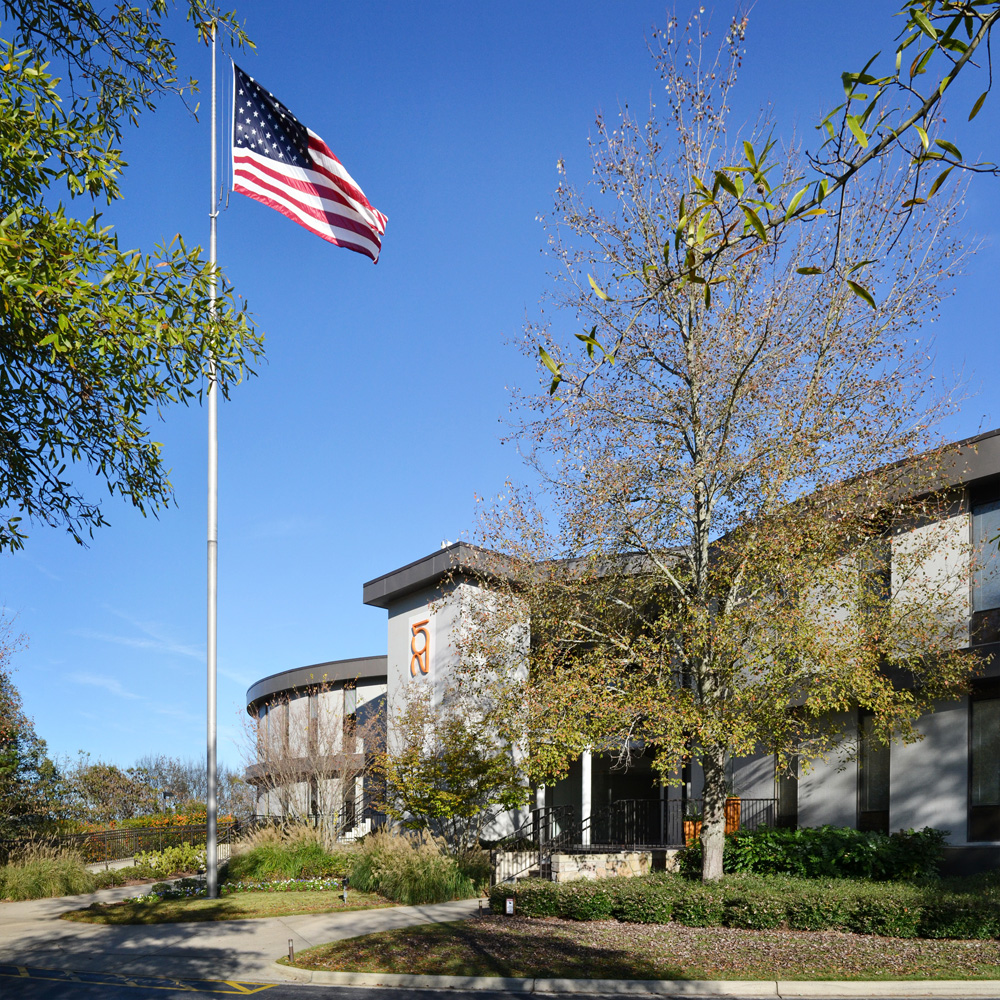 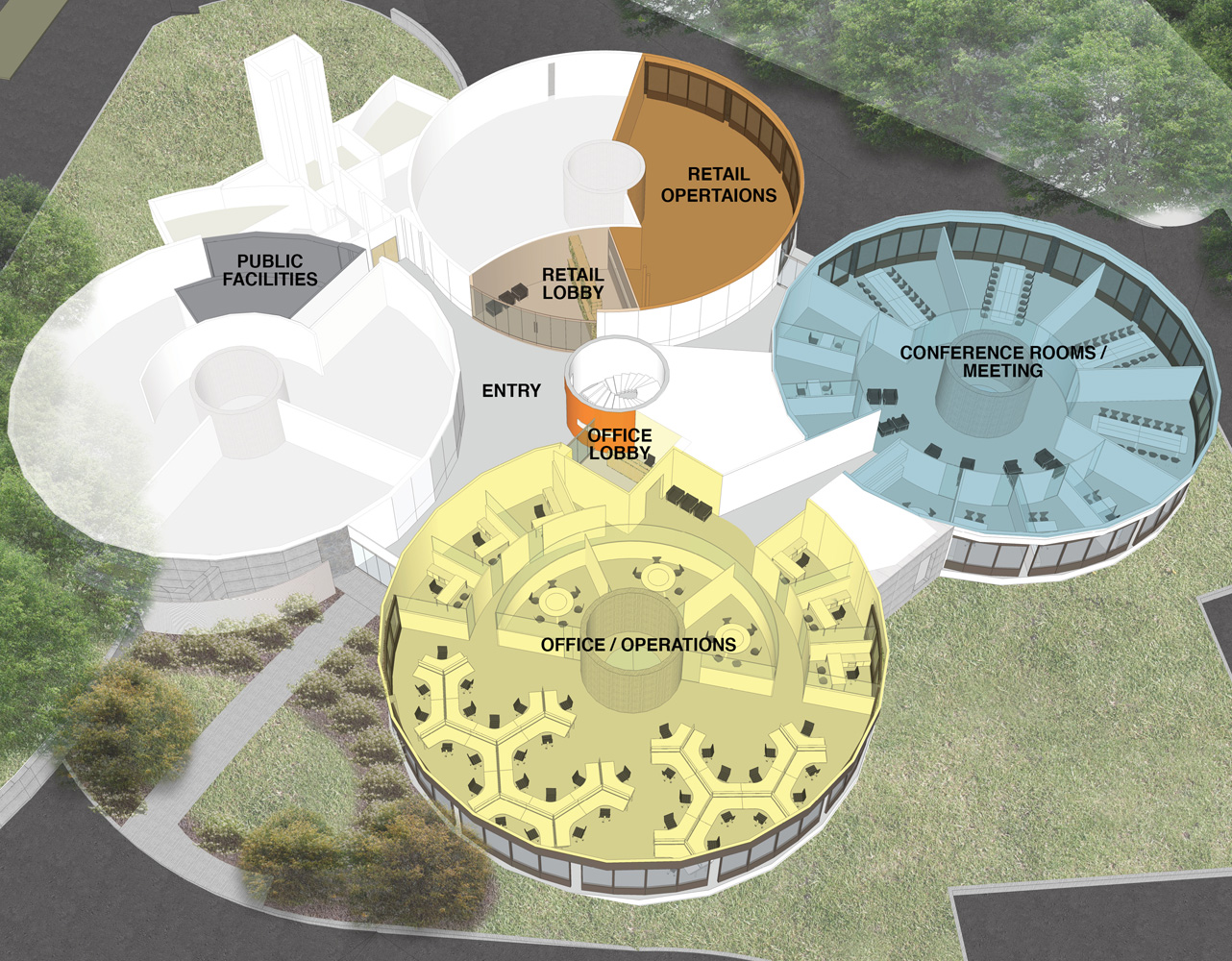 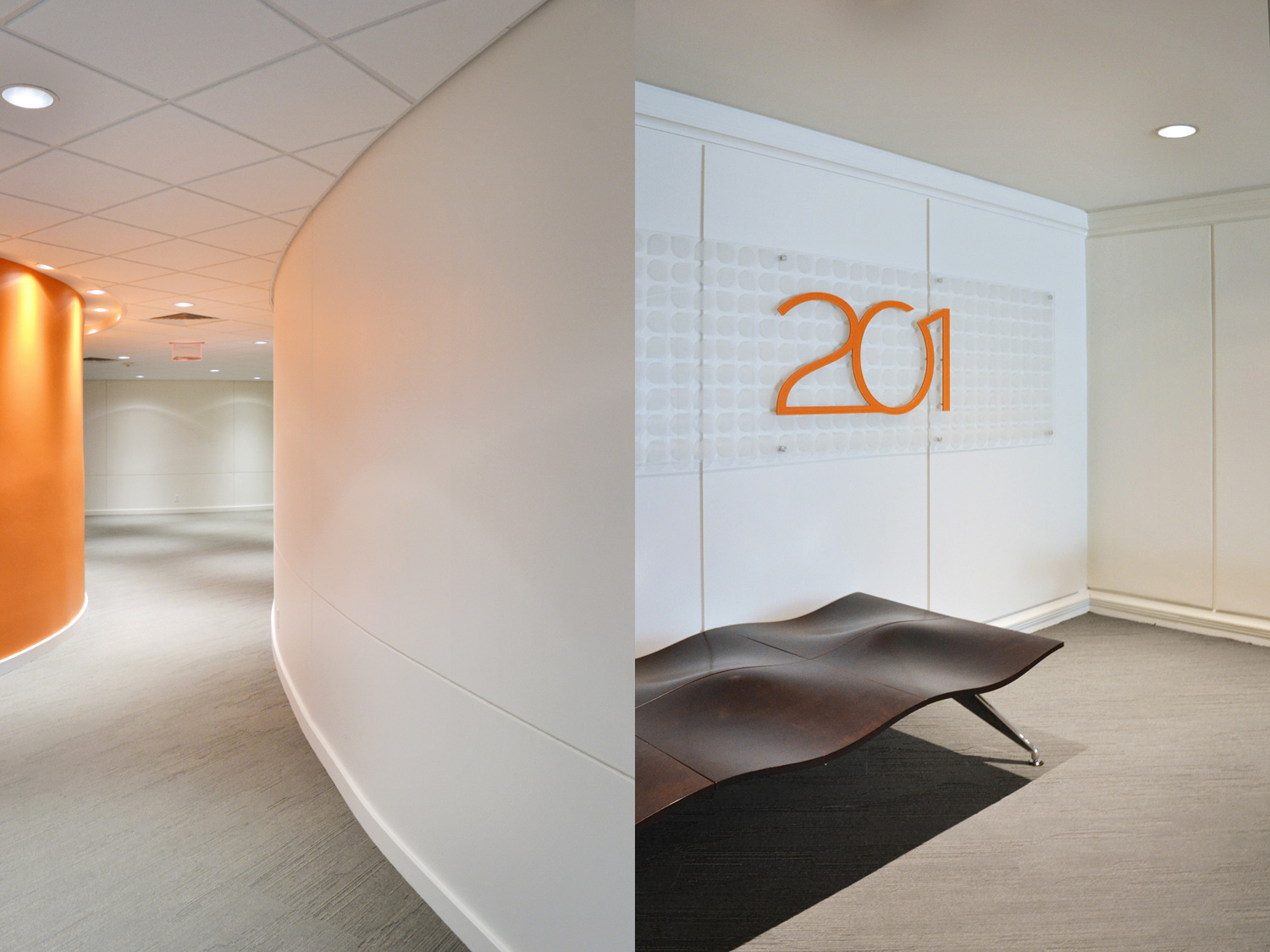 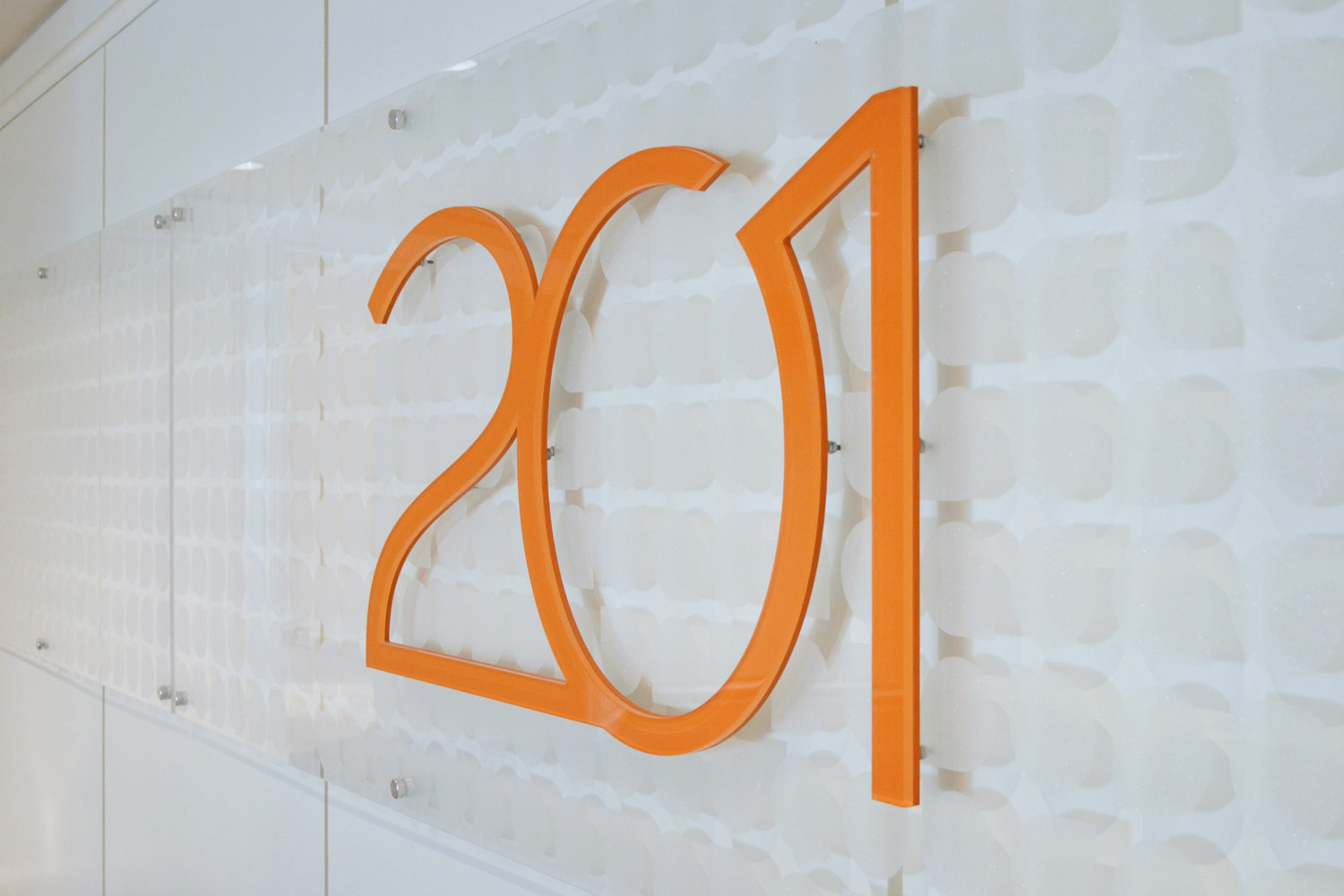 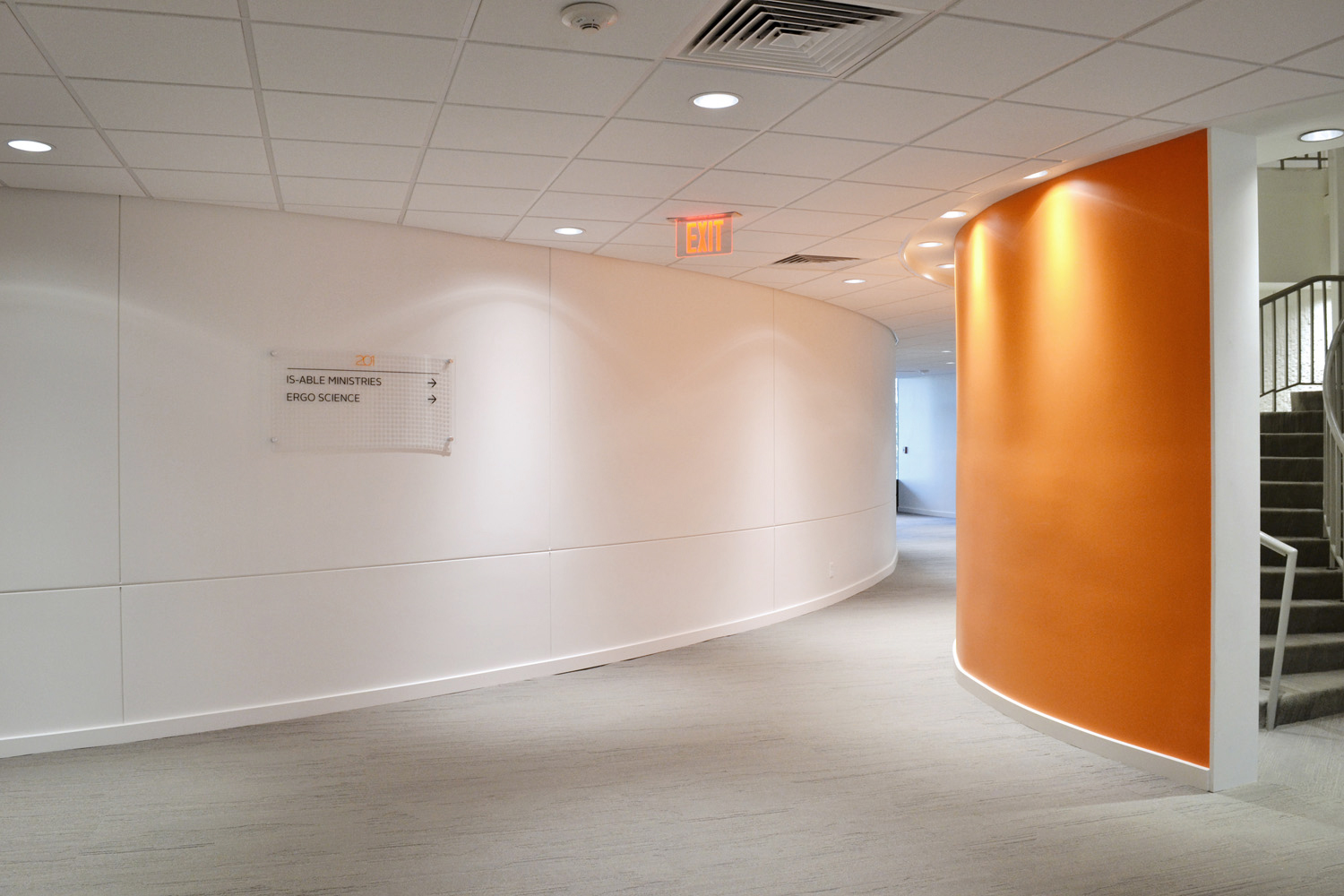 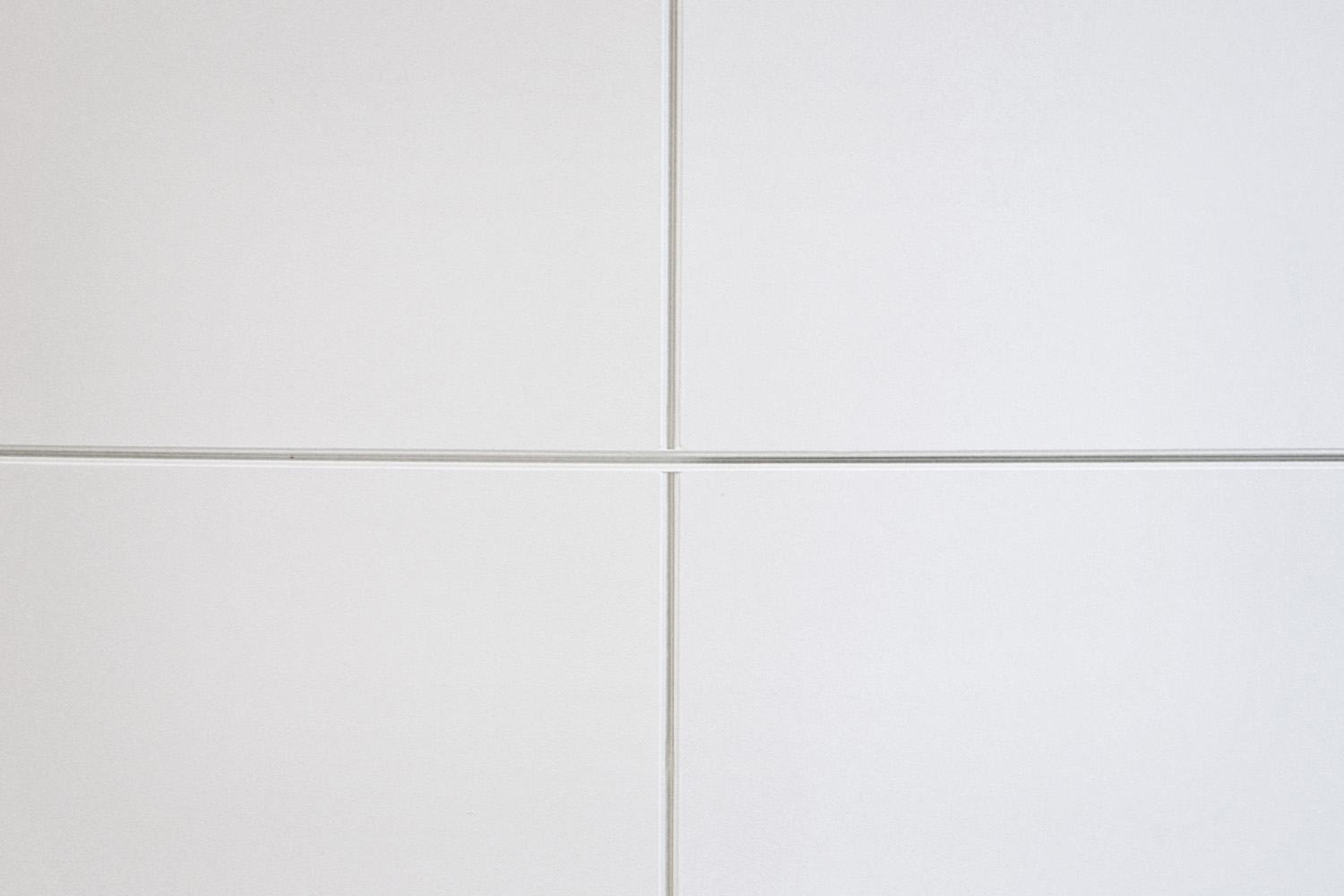